A naturalized U.S. citizen (with selective memory loss) was photographed right after a reporter asked her, “Is it true that your husband is a dementor wearing human skin?”

The lady seemed to be struggling with the complexity of the inquiry, phrases like ‘Can you define human?’ and ‘Must all of his hair be technically of this world?’ popped out of her eyeballs.

Trying to stall, the reporter decided to compliment the lady’s choice of attire, but a collective gasp uttered by the crowd standing behind the lady shut him up.

“She’s wearing a Truth-Telling Jacket!” the crowd shouted in one voice.

When the lady placed a hand over the spot where her heart should’ve been and turned to smile at the crowd, the reporter read the message spelled by the truth-telling fabric: ‘I really don’t care. Do U?’

Reporters aren’t known for their sentimentality. Still, his eyes filled, as he said, “Love like this is hard to find. Human or not, those two are made for each other.”

I think he is right. The lady and her alleged human-skin-wearing-dementor must love each other deeply. Why else would she ever wear fabric that screams their truths into the world, regardless of how despicable these might be?

The husband’s own show of love isn’t far behind. After a team of ornithologists explained to him that humanity tweets loudest when innocents are ill-treated, he created a camp where he isolates children from parents. This isn’t done out of cruelty—he cares hugely. But he must study the adults’ emotions at their rawest, in order to mimic their behaviors and learn to seem more human.

Many people—especially those who find it hard to breathe through the happiness-sucking fog that follows the couple around—care very much about this issue. And they, too, are wearing truth-telling jackets.

This is the work of an incorporeal being who suspects someone got drunk and burned the barrier between news, reality, and politics. Characters, jackets, and events could be products of said being’s imagination or used fictitiously. Any resemblance to actual events or persons (living or dead, undead, or known to be inhuman) is purely coincidental. Except the dementors. The dementors are real. 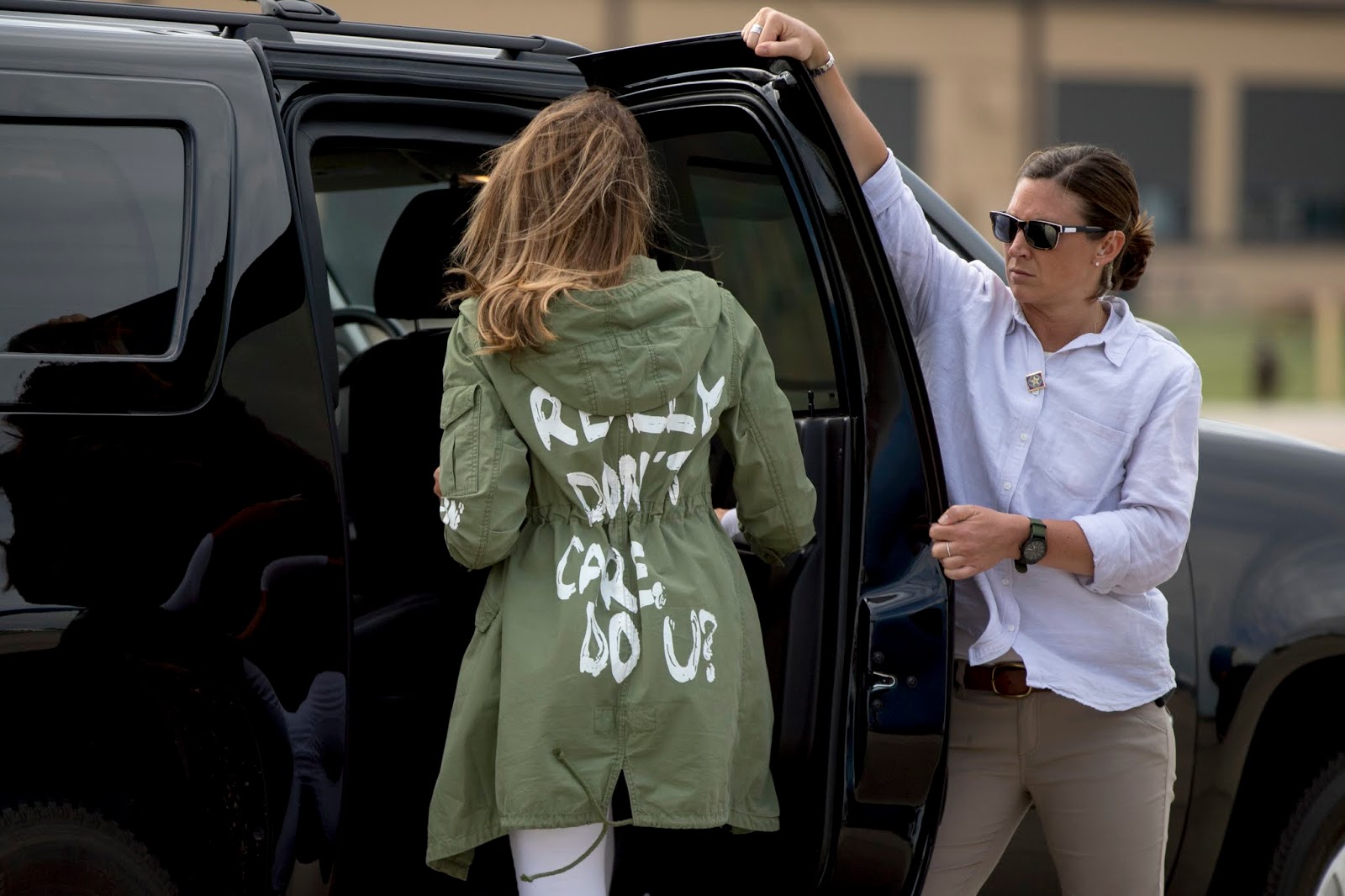 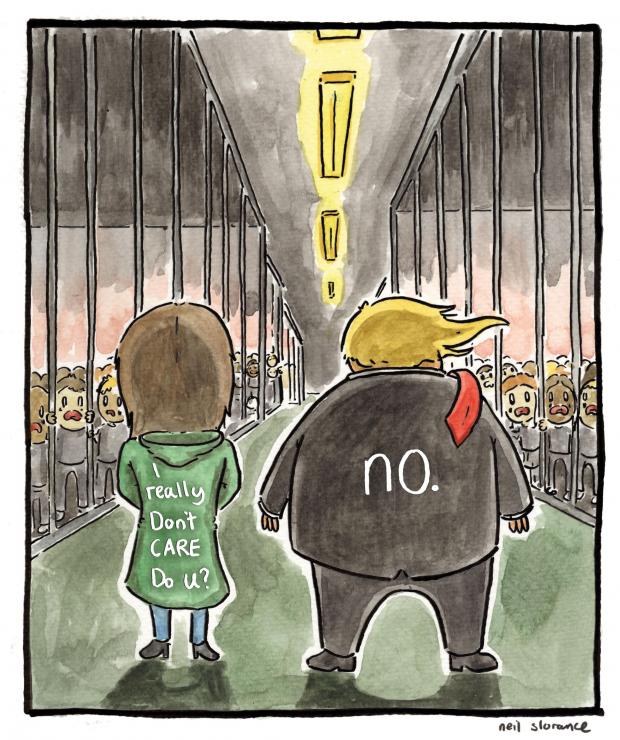 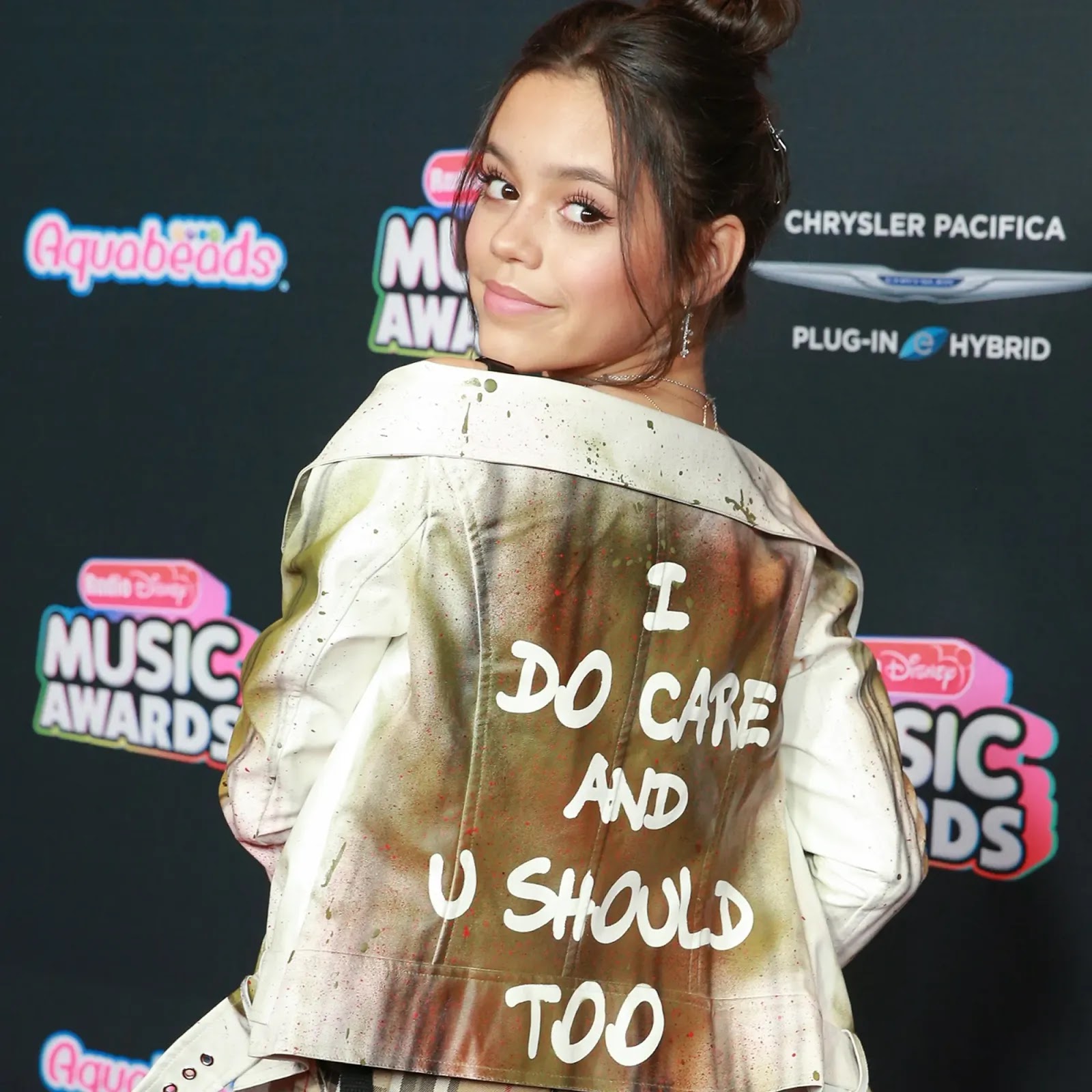 - for Poets and Storytellers United--Weekly Scribblings #77: Boiling Over (create poetry or prose using Rob Kistner’s phrase “Human arrogance is boiling over” as inspiration).