Experience taught my kind to avoid public bathrooms. But since experience hasn’t been known to win arguments against full bladders, I exited the highway and pulled into the first gas station I saw.

I rushed towards the restrooms sign and ended up in front of two locked doors, labeled His and Hers. Under the label, someone had written, ask store attendant for key. I reread the words as my bladder screamed that it would not make it back to the front of the shop without exploding.

Showing my bladder that flesh was weaker than thought, I approached the attendant, and said, “May I borrow your bathroom key?”

His gaze landed on the side of my neck. I wanted to think that he was admiring my new earrings, but the disturbed expression on his face convinced me that he was staring at the hint of wing tattoo escaping the top of my sweater.

“His or Hers?” the attendant said.

“What?” The question surprised me. Angels weren’t common in these parts, but myth and reality had merged decades ago. Our physiology was no secret.

Mistaking my puzzlement for deafness, the attendant asked in a much louder voice, “Do you want the men’s or the women’s bathroom?”

“We’ve no restrooms for people who can’t tell,” the attendant said.

“Who can’t tell what?” Puzzlement turned to frustration, and set my skin aglow. The surge of energy burst my wings and sword fully out of my thoughts.

“I’m not afraid of you,” the attendant shouted, reaching down the front of his T-shirt for a crucifix, and then brandishing it between us.

I’ve always wondered why people did that. I had just told him that I was an angel, not a Christian vampire. “Never mind”, I said, rethinking my wings back to ink and returning my sword into non-being, “I no longer need either key.”

I walked away from the trembling fool, wishing I could stay to see the look on his face when he noticed the puddle my bladder spilled on his filthy floor. 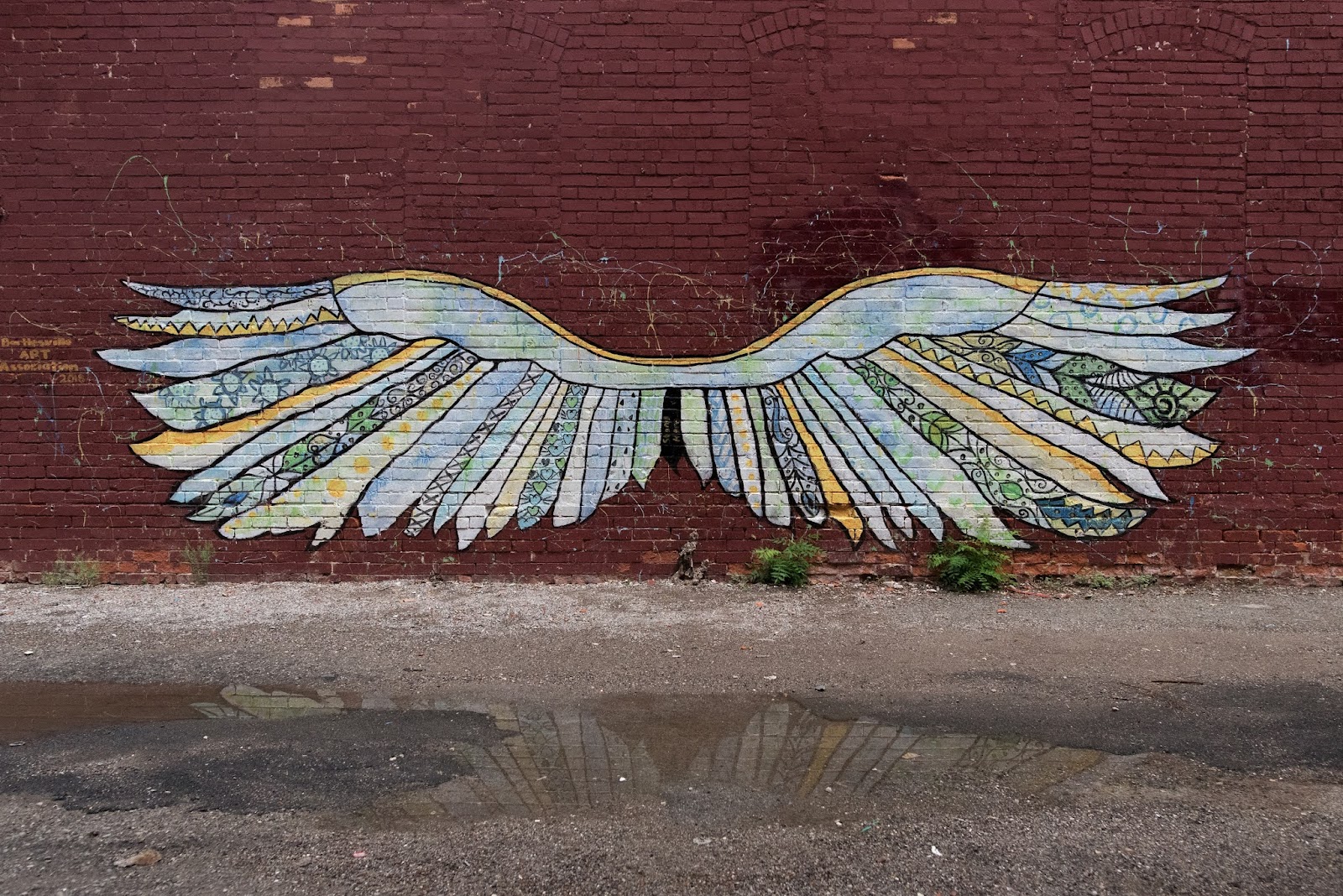 photo by Josh Howard - on Unsplash

- for Poets and Storytellers United--Weekly Scribblings #80: Sudden Moments (where we’re invited to write poetry or prose, fiction or nonfiction, about “sudden events which the people involved somehow sensed coming” – or didn’t). Also linked to Writers’ Pantry #81: No More Blogger “Follow by Email” Widget.